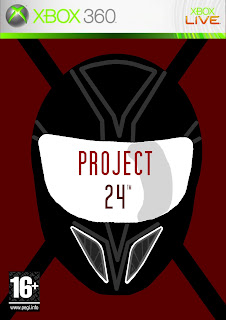 Project 24
For Xbox 360 and PC/Mac
Genre: Sci-fi RPG/FPS
Unique selling point - Fully customisable guns and unique abilities
You wake up after a 100 year long cryogenic slumber. All you remember is escaping a war-torn planet, and your last name. The only known human left from the destroyed colony is you - and people are willing to kill you to get the priceless prize of your DNA.
£39.99 (including VAT) Xbox 360
£29.99 (including VAT) PC/Mac
Concept
The player begins the game with a cutscene of the character running from gunfire to get to a spaceship, set to a contrapuntal soundtrack. After this scene is played, the player will then have the option to fully customise their character -  they will be able to choose a first name, gender and customise the facial features of their character. After this, the player then begins the game in earnest. They will be randomly assigned a special ability.
You play as one of the few survivors of a destroyed colony - all who of which were genetically modified to allow them to use special abilities. Your DNA is now priceless - the genetically modified code allowing these powers to be used is wanted by everyone, and the player will often be attacked. The main quest follows your character as they try to find out their identity, and understand how to use their abilities - more of which will be available as the player increases levels. Along with this main quest are side quests, which will allow the player to get money and guns. There will be a lot of focus on the weapons of the game, as they can be completely modded in order to create a truly unique gaming experience. Players will be able to share their gun concepts online.
The game will also focus heavily on the plot - each play through differs depending on the choices the player makes. The player will also pick up companions which affect the plot, and can become friends, rivals or even potential romances.
There will be a multiplayer feature - a virtual 'arcade' which will pick players and locations in order to create a level with varying goals.
Abilities
Examples:
Telekinesis (moving objects with mind)
When the player increases in level this power will lead to the ability to walk on walls and ceilings to get to inaccessible places
Superhuman strength
Level increase leads to slight invulnerability
Danger sense (know if someone is planning to attack you and from what direction)
Level increase leads to invisibility (timed — upgrades for it to last longer)
The abilities will 'mutate' to the player's style - if a player uses their telekinesis powers to get objects, it will mutate to let them get objects from further away - if they use it to throw people in combat, it will become more forceful in order to compliment the gameplay. 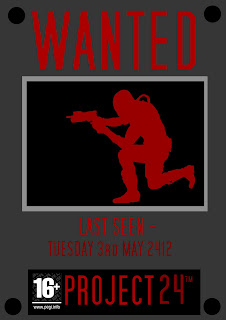 Marketing
We will distribute futuristic wanted posters in cities and towns - on telephone boxes, billboards and also stuck on the side of buildings, similar to Grand Theft Auto. We will also release the very first cutscene from the game as an advert on cinemas and tv . We will pay famous singers such as Lady Gaga and other bands to record and remix a futuristic soundtrack for the game. These will be gradually released before the game comes out. With the release of the game, the entire soundtrack will be available. There will be a pre-order bonus of one 'ability' of the players' choice which can be used in game.
Target Audience
The target audience would be for ages 16+ as there will be violence, gore and swearing. It can appeal to female or male gamers, especially those who enjoy first player shooters and RPGs. This mix of gameplay style means we will have hugely increased the audience for our game. The range in difficulties and the availability of a detailed guide will also mean first time players will also be able to get a lot out of the game, along with those more experienced.
Posted by Long Road at 05:53